The passing of the Criminal Law (Amendment) Bill 2013 in both houses of Parliament is historic and India has taken one step forward in its journey to justice for women. Even as the Bill signals a step forward, the process of its passage shows us that degrading attitudes to women persist at the highest levels of legislative decision-making. With notable and welcome exceptions, the general tenor of debates in Lok Sabha on this Bill has deeply troubled us, as women and as citizens. The nation watched with shame many of our honorable Members of Parliament freely express sentiments that undermined the dignity of all women, unmindful of the gravity of issues of rape and violence. Coming, as this Bill does, after the brutal homicidal gang rape of a young woman in the heart of the nation’s capital, the level of parliamentary debate dishonored her memory, and dishonored the public outpouring led by thousands of our young people demanding greater dignity and more safety for women.

As representatives of women’s rights groups, lawyers and activists from across the country who have worked hard, campaigned for decades, and particularly vigorously in the last three months, to reform laws on rape and sexual assault we, therefore, welcome even more that in such an anti-women environment we have wrested significant gains for women in the CLA Bill 2013, including,

At the same time,
We now ask Government to take the next step towards comprehensive reforms outlined in the Justice Verma Committee report, and amend the Armed Forces (Special Powers) Act, 1958 and the Representation of People Act, 1951 to erase immunity and instill accountability across all institutions.

Finally, we call upon the government, upon all political parties and all citizens to join us in continuing this journey to justice and equal rights for women, and in vigorously implementing these laws we have fought so long and so hard to get.

When there is no way out and you still stand up.....time stands by

When there is no way out and you still stand up.....time stands by 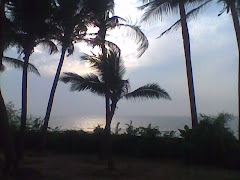